HAMPTON COURT CASTLE is now open for the site's 2022 season. The gardens are open between 10.30am until 5pm daily, with last entry at 4pm. It is recommended that visitors "allocate at least two hours to explore the gardens as there is a lot to see. There are also picturesque river walks, which take 30-60 minutes to complete, and offer wonderful views of the Castle and countryside." Access to the Castle's interiors is available on Sundays, Mondays and Tuesdays (but not on other days). Consult the Plan your visit page on the Hampton Court Castle site for the latest details and prices.

SEVERAL MEMORABLE SERIES one Survivors' filming locations inside Hampton Court are now accessible to visitors to the Herefordshire stately home and its grounds, as part of a series of recent enhancements to the tourist attraction. These interior locations, which can be accessed for a small additional entrance fee, have previously only been viewable on rare occasions and by special arrangement.

Access to these interior locations is available for a small additional cost on top of the standard entrance fee payable at the ticket office on arrival. Guided tours of the interiors are available on Sundays, Mondays and Tuesdays. Photography (including flash photography and video recording) is permitted throughout the area of the tour.

To begin a tour, make your way through the walled gardens (behind the ticket office) and approach The Orangery restaurant. Walk through the entrance to the newly-accessible Awkright Courtyard (this area is now open even to those not taking the tour). The stone building which occupied the centre of the courtyard (a much more recent construction than the main building) has been demolished since Survivors was filmed at Hampton Court in 1975, and (prior to the opening up of the courtyard to visitors in 2011) the entire area has been renovated and landscaped.

It is still possible to identify a number a filming locations, including those seen in Starvation (when Jenny and Greg leave the kitchen in search of food); the opening scenes of Spoil of War (when Jenny and Abby lead the pony to the grassland they hope to plough, and the children head off from the kitchen to give Barney his breakfast); in Something of Value (when Lawson discovers the tanker; Greg unblocks the flooded drain; Arthur spots the puncture on the vehicle; and Buckmaster's gang returns and finds John) and A Beginning (including the setting for the children's raising of the alarm about the 'strange people' approaching the settlement).

The tour begins by entering the house through the same door that Greg and Jenny are seen to leave the kitchen from in Starvation (before Greg returns to the house after hearing the children wake). Passing the entrance to the cellar seen in Something of Value the tour then emerges into the interior courtyard seen in several episodes, including Revenge and A Beginning.

The tour showcases the impressive main doors to the Castle, and provides visitors with the chance to enjoy the vista of the main Gatehouse and the lawns stretching away along the main driveway to the front entrance.

In the Spring of 2013, the tour was extended slightly to include the foot of the cantilever stone stairwell down which Tom Price descends the morning after Wendy's death in Law and Order; and on which Greg and Abby keep night time vigil during Huxley's siege in The Future Hour.

The interior tour then continues by leaving the interior court to enter Coningsby Hall (the location in Starvation where Greg, Jenny and the children spend their first night in the Grange).

You next pass through the historic Chapel (not used during the filming of Survivors), turning right to arrive (after the toilets) at the foot of the main stone staircase (used as a location throughout the latter part of series one).

Since the 2011 season, the main stone stairway and landing is now accessible as part of the tour. The stairway features in many episodes in the latter part of series one. The tour climbs the stairs to the newly accessible landing above.

Four bedrooms on the first floor in close proximity to the stairway are now viewable (though not directly accessible) as part of the tour. The doorways of two of these bedrooms (if not the rooms themselves) feature in separate episodes of Survivors. Looking towards the landing from the stairs, the first bedroom on the right appears as Lawson's bedroom in Something of Value (John knocks on the door with the aim of waking Lawson, who has already left the Grange to reunite with his gang). The doorway of the second bedroom on the right features in Starvation (as Barney emerges to inadvertently terrify Lizzie).

After returning to the ground floor, you turn left into the Ballroom (used to stage the well-remembered - and lengthy - party scene in the opening part of Law and Order).

Turning right out of the far end of the Ballroom (and passing through the wooden double-doors, you will arrive in the Library (seen in so many different episodes, Law and Order amongst them).

Straight through the adjoining door is the Dining Room (scene of many Grange meetings and councils of war throughout the later episodes of Survivors' first series).

Passing out of the far end of the Dining Room and turning right down a short corridor will see you arrive in the Inner Courtyard (another recurring location, used in episodes including Starvation, Revenge and A Beginning).

The tour then concludes as you pass back along the corridor to re-emerge in the Awkright courtyard. Close to outer-door is the entrance to the cellar seen in Something of Value, where the community stores its supplies. (Scenes inside the cellar - including the sequence showing the flooding out of the stores - were filmed elsewhere; in a now-sealed-up cellar located underneath the toilet block next to the Orangery.) The cellar entrance is also briefly glimpsed in The Future Hour, as the Grange community hide Laura and Norman away during a visit from Huxley.

Although many of the interior Survivors Hampton Court locations (including several of those on the upper floors) still remain inaccessible, the opening up of these key interior locations to regular visitors (and at so modest an additional cost) is a major plus-point for Survivors enthusiasts visiting Hampton Court to enjoy finding so many of the classic exterior locations discoverable throughout the picturesque grounds.

The tour of these interior locations should add no more than an additional 45-minutes to your visit time, and normally run at 11.30am, 12.30pm, 2pm and 3pm. Be sure to check opening times and the availability of the interior tour ahead of making a visit (as the Castle is sometimes closed to the public for private functions). 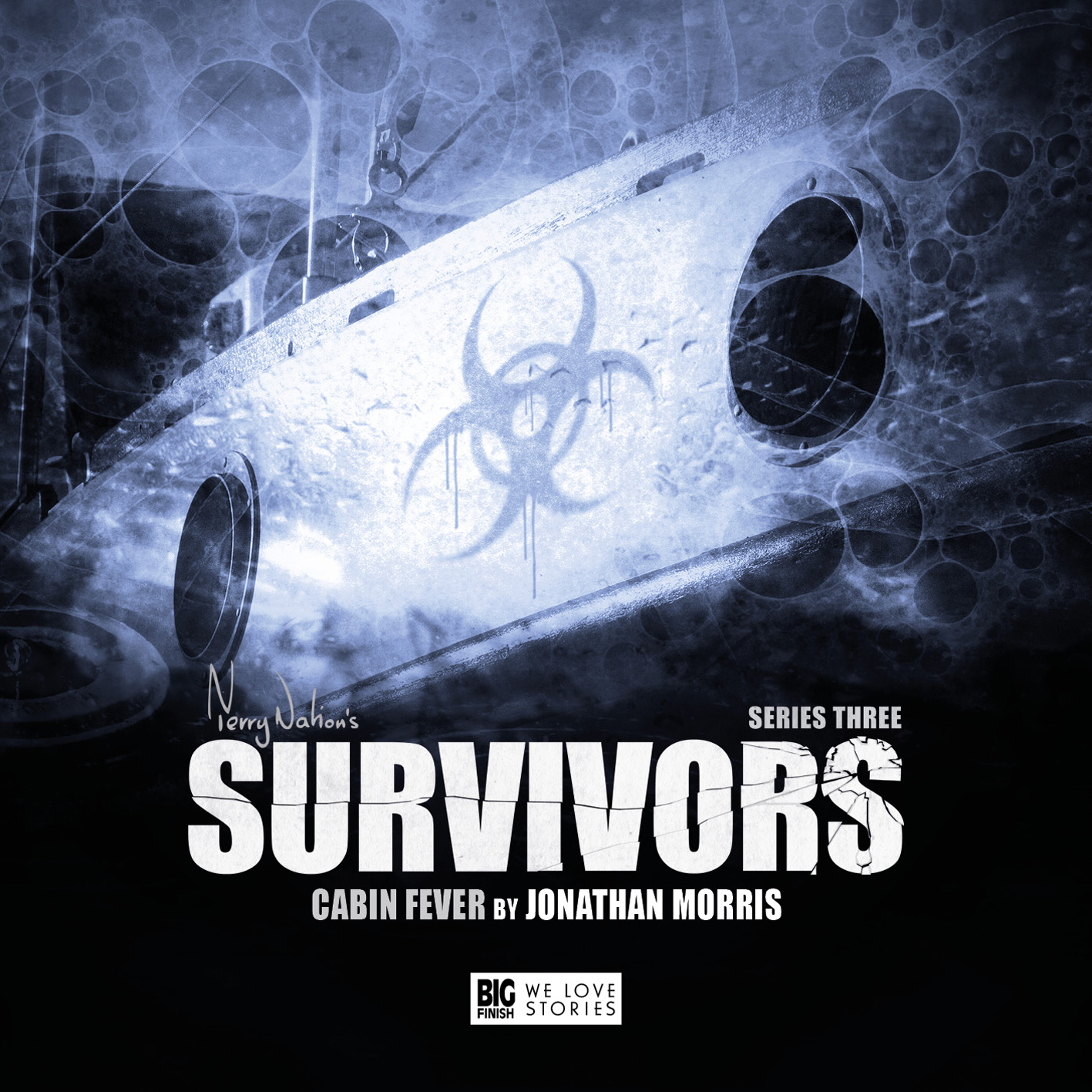 New Dawn 2: When First We Practice to Deceive 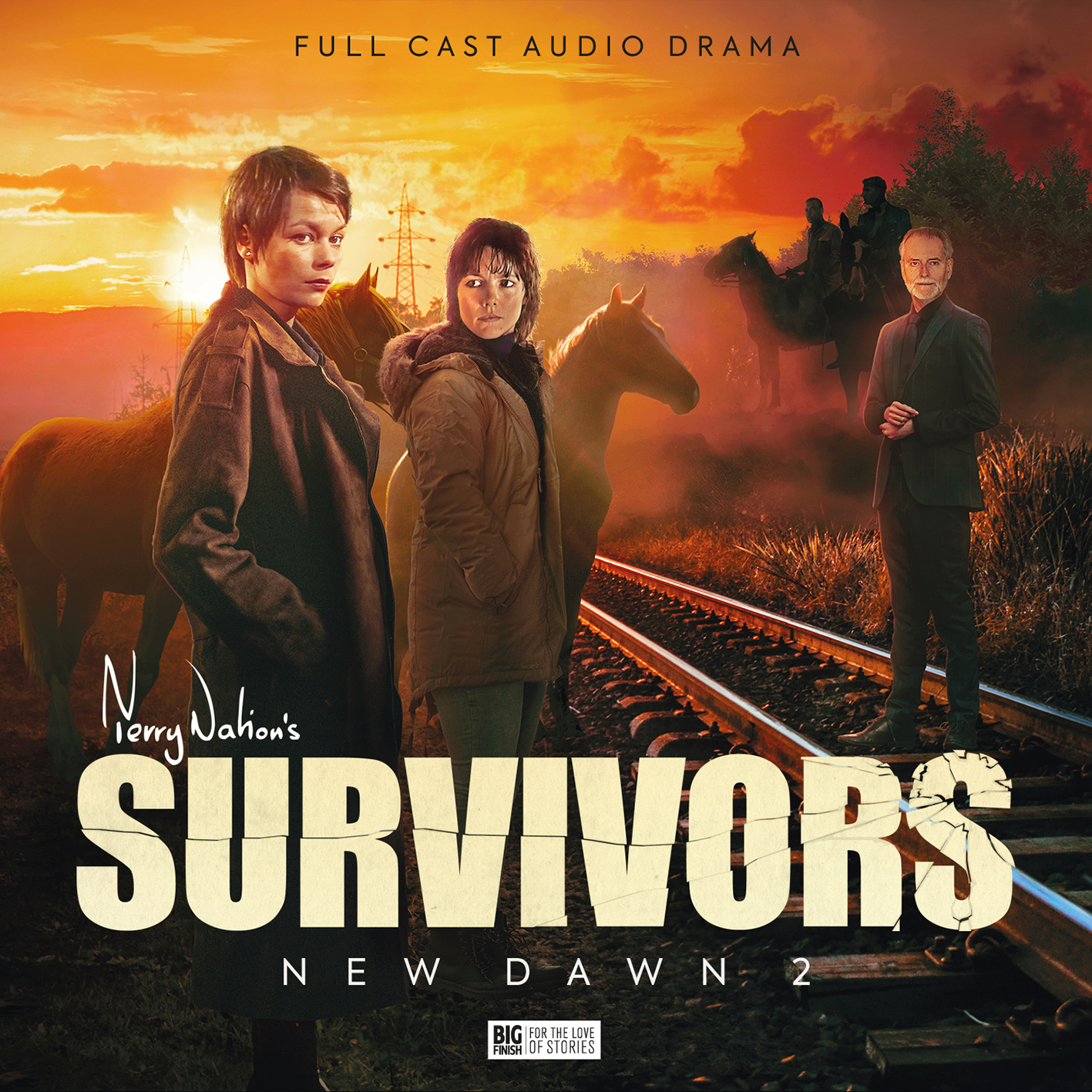 Can Governor Dominic Crayle hide the disturbing secrets of his brutal regime from the unannounced inspection?